Do you remember the Formula 1 illustrations in progress that I published at the beginning of the summer?
Well I just finished one of them, the one that paid tribute to the first podium of Pierre Gasly at the Brazilian Grand Prix in 2019. :D
There has been a change since then and I had to redo a good part of the illustration: the cars and the colors.
Do you know why? 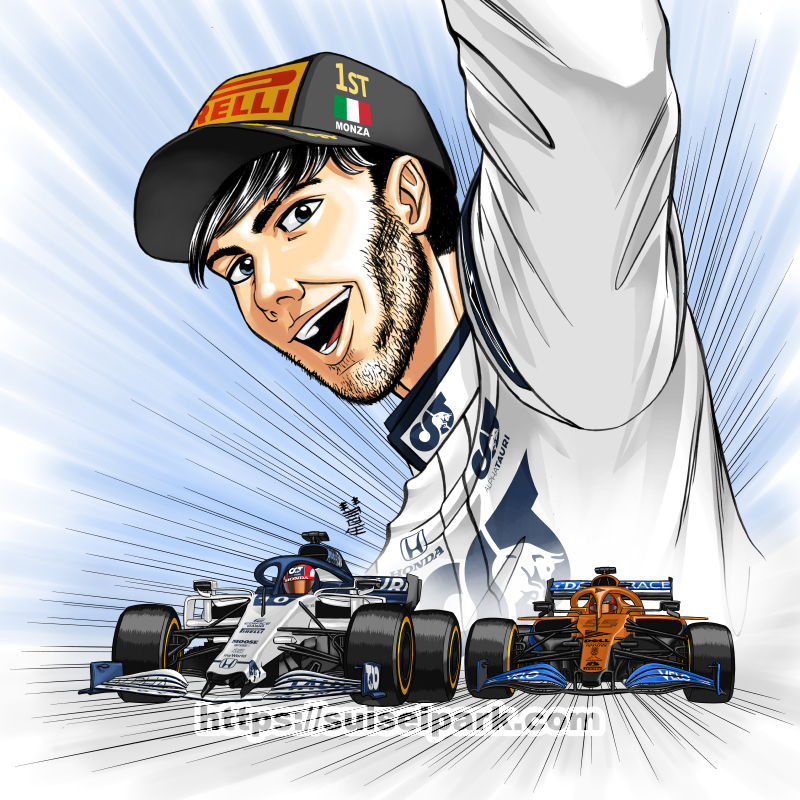 It's really great to see all his efforts rewarded after struggling at RedBull and fighting to prove his worth on the track.
What's more, it's been 24 years since any Frenchman has won a F1 Grand Prix. Imagine what a party it was like among the Canal+ commentators. x)
Especially since every time Gasly manages to slip onto the podium with his midfield car, it is at the end of battles at the pace of David against Goliath.

The sportsmanship of the other drivers was also beautiful to see, all congratulated him and seemed happy that he could count on a first victory in his career. Carlos Sainz seemed less enthusiastic at the end of the race, but it is understandable that he feels a little frustrated to have just missed out on his first win. One more lap and he would be the winner. In any case, he had a great race too. =)
Well! Contrary to what the announced domination of Mercedes let think, we are not bored in F1 this year. x)

I also went back to the code of the web comics platform project that I had briefly mentioned a while ago. I'll tell you all about it again one of these days.

That's all for today.
Have a nice week and see you soon! :D